Humans are driving one million species to extinction 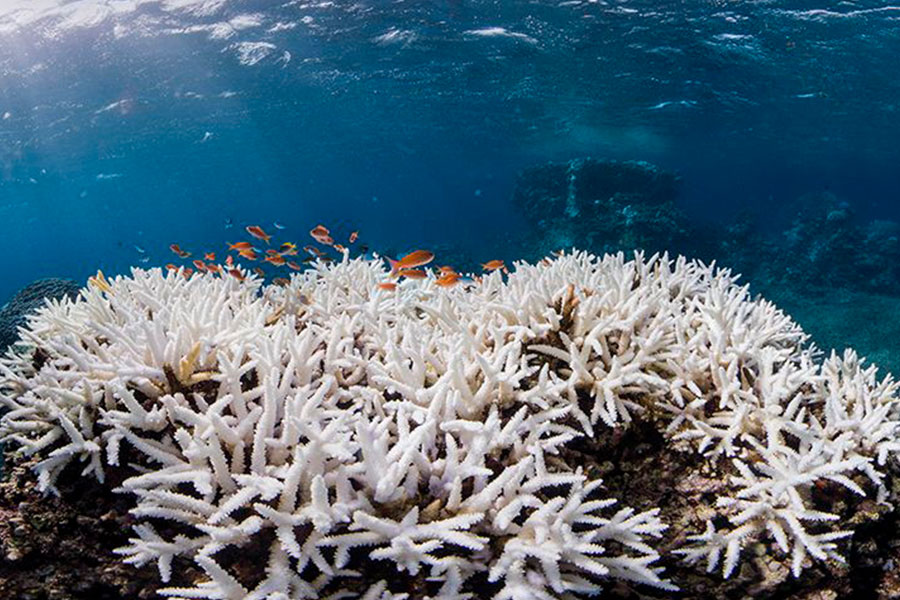 Landmark United Nations-backed report finds that agriculture is one of the biggest threats to Earth’s ecosystems.

Up to one million plant and animal species face extinction, many within decades, because of human activities, says the most comprehensive report yet on the state of global ecosystems.
Without drastic action to conserve habitats, the rate of species extinction — already tens to hundreds of times higher than the average across the past ten million years — will only increase, says the analysis. The findings come from a United Nations-backed panel called the Intergovernmental Science-Policy Platform on Biodiversity and Ecosystem Services (IPBES).
According to the report, agricultural activities have had the largest impact on ecosystems that people depend on for food, clean water and a stable climate. The loss of species and habitats poses as much a danger to life on Earth as climate change does, says a summary of the work, released on 6 May.
The analysis distils findings from nearly 15,000 studies and government reports, integrating information from the natural and social sciences, Indigenous peoples and traditional agricultural communities. It is the first major international appraisal of biodiversity since 2005. Representatives of 132 governments met last week in Paris to finalize and approve the analysis.
Biodiversity should be at the top of the global agenda alongside climate, said Anne Larigauderie, IPBES executive secretary, at a 6 May press conference in Paris, France. “We can no longer say that we did not know,” she said.
“We have never had a single unified statement from the world’s governments that unambiguously makes clear the crisis we are facing for life on Earth,” says Thomas Brooks, chief scientist at the International Union for Conservation of Nature in Gland, Switzerland, who helped to edit the biodiversity analysis. “That is really the absolutely key novelty that we see here.”
Without “transformative changes” to the world’s economic, social and political systems to address this crisis, the IPBES panel projects that major biodiversity losses will continue to 2050 and beyond. “We are eroding the very foundations of our economies, livelihoods, food security, health and quality of life worldwide,” says IPBES chair Robert Watson, an atmospheric chemist at the University of East Anglia in Norwich, UK.

About 75% of land and 66% of ocean areas have been “significantly altered” by people, driven in large part by the production of food, according to the IPBES report, which will be released in full later this year. Crop and livestock operations currently co-opt more than 33% of Earth’s land surface and 75% of its freshwater resources.
Agricultural activities are also some of the largest contributors to human emissions of greenhouse gases. They account for roughly 25% of total emissions due to the use of fertilizers and the conversion of areas such as tropical forests to grow crops or raise livestock such as cattle. Agricultural threats to ecosystems will only increase as the world’s population continues to grow, according to the IPBES analysis.
The next biggest threats to nature are the exploitation of plants and animals through harvesting, logging, hunting and fishing; climate change; pollution and the spread of invasive species. The IPBES report finds that the average abundance of native plants, animals and insects has fallen in most major ecosystems by at least 20% since 1900 because of invasive species.
The report draws inextricable links between biodiversity loss and climate change. An estimated 5% of all species would be threatened with extinction by 2 °C of warming above pre-industrial levels — a threshold that the world could breach in the next few decades, unless greenhouse-gas emissions are drastically reduced. Earth could lose 16% of its species if the average global temperature rise exceeds 4.3 °C. Such damage to ecosystems would undermine global efforts to reduce poverty and hunger and promote more-sustainable development, the IPBES report says.

Pulling back from the brink

Scientists might quibble about some extinction estimates and other details, but the report pulls no punches when describing how humans have altered Earth’s ecosystems, says Stuart Pimm, an ecologist at Duke University in Durham, North Carolina.
The world can reverse this biodiversity crisis, the report says, but doing so will require proactive environmental policies, the sustainable production of food and other resources and a concerted effort to reduce greenhouse-gas emissions.
The IPBES report is solid on the science, but the panel should do more when it comes to outlining practical solutions for governments, businesses and communities, says Peter Bridgewater, an ecologist at the University of Canberra who led a separate analysis — released on 29 April — of the effectiveness of the biodiversity panel. That report, commissioned by the IPBES, recommended that the body develop partnerships with governments and communities, and assess policies that can be implemented at local and national levels.
Despite those shortcomings, the IPBES report will help to set the agenda when governments negotiate new conservation goals for the next decade at the UN Convention on Biodiversity next year, says Brooks. “Then we will need to see implementation across all sectors of society,” he says. “That’s when we will see a difference.”